Shirat HaYam was established in 1983 to be an inclusive Jewish presence on Nantucket and is supported by our 270 member families.

We connect and support Nantucket’s year-round and seasonal Jewish residents as well as island visitors. We are strengthened by the diversity of our members’ backgrounds and identities. We are pluralistic, welcoming everyone from all denominations to participate in worship led by talented Rabbinic and lay leaders. Our programs—including the tuition-free religious school—embody the Jewish values of lifelong learning, and our efforts in support of the greater Nantucket community reflect the moral imperative of Tzedakah.

For many years Jews on Nantucket lived without any Sabbath services, rabbis, formal observations of the traditions of Judaism or a sense of a Jewish community on the island. They passed on their Jewish traditions at home and sought religious and spiritual comfort in Christian houses of worship. With great excitement, the first formal service took place on July 8, 1983 in the Grange Hall on North Liberty Street with 150 people in attendance. As one congregant stated, “It was astonishing to be there and to see the kinds of people who showed up…they realized they were brethren and people you would never have dreamed were Jewish.”

The service was organized by the Nantucket Jewish Community Organization, who chose a format that would be comfortable for a religiously diverse Jewish community. The children recited the Kiddush (the blessing over wine); all were encouraged to contribute to the Tzedakah (charity) basket, the proceeds of which were donated to the Nantucket Counseling Center. The new congregation was named Shirat HaYam (Song of the Sea) by Rabbi Lawrence Kushner from New York.

In 2020, Shirat HaYam collaborated with the Nantucket Historical Association to produce the “Strangers to Neighbours” exhibit exploring Jewish history on Nantucket, which you can view by clicking below.

During the COVID-19 pandemic, Shirat HaYam joined congregations all over the country in creating on-line educational and religious programs.   Advances in technology have made program and service expansion possible and expanded the participation of members and non-members in our community’s Jewish life. 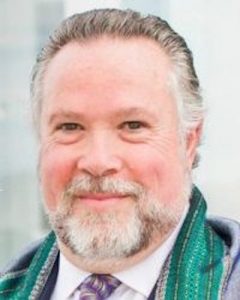 Rabbi Gary Bretton–Granatoor serves part-time as our rabbi. A graduate of the Hebrew Union College-Jewish Institute of Religion, he is a recognized expert in Interfaith relations and has served both the World Union for Progressive Judaism, and the Anti-Defamation League and was Senior Rabbi at Stephen Wise Free Synagogue. 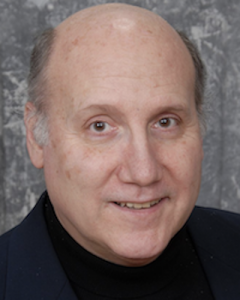 Elliot Levine serves during the High Holy Days as our cantorial soloist.  A Master’s graduate of the Manhattan School of Music, he was previously the cantorial soloist at Temple Emanuel in Great Neck, N.Y., and has been a composer-in-residence at St. Thomas More Church in New York City.